Signs that Your Roof Potentially Needs to Be Replaced

Problems with the roof usually begin with a small leak but they can soon turn into a disaster! Namely, if your roof had been leaking water for years, the understructure of the roof could be severely damaged, threatening to topple the entire roof that would come crashing inside your living room.

Luckily, such a scenario only happens after decades of poor maintenance. If you take close notice of the signs that indicate your roof is in for an overhaul, you won’t suffer any water damage. Therefore, it is useful to know how to recognize the 6 most common signs indicating that your roof potentially needs to be replaced.

A saggy roof needs to go

The single most tell-telling sign that your roof needs replacement is drooping or sagging of the outside surface of the roof. Such a distortion is a clear indicator that the roof is in a final couple of years or even months of its lifespan.

If you inspect a sagging roof from underneath, you’ll most definitely find signs of water damage, such as rotten supporting beams. Don’t bother repairing a drooping roof, as only a complete replacement of the roof’s structure can save the house beneath.

If you’re standing in front of a roof that is missing a couple of tiles, you are probably wondering when it was mended the last time. If you’re just bought the house, feel free to ask the previous owners about the improvement records, which they hopefully kept.

If the house has been yours for at least one generation, then follow the paper trail of bills and receipts which will tell you how old the roof is. Typically, shingled roofs last up to a quarter of a century, if maintained well. After you make the first improvement to the house, regardless of how small it is, start keeping a record of all the fixes to comes.

Constantly inspect the state shingles and slates are in

There is no real need to inspect the state of the roof every week or month. One reason is that climbing the roof can be quite dangerous if you’re not careful using the ladder. The only times your presence is needed up there is after a major storm and at the beginning of a new season, such as winter and spring.

Don’t just look for missing shingles that were blown off by the wind but search meticulously for cracks, bucklings, and loose shingles as well. A word of note, if you installed slate roofing when you bought the house, then expect fewer missing or cracked slates because this material interlocks tighter.

However, if you notice that something is wrong with shingles, react immediately because procrastination means you are allowing water damage to take a greater toll on the structure.

Moss on the roof

While you’re on the roof, be sure to look around for signs of greenery but the good kind. Namely, moss will start appearing in corners of the roof, along chimneys or vents, indicating that the drainage in these sections of the roof is poor.

After you clean the moss using a stiff brush, inspect the section of the roof for water damage and apply extra caulk if necessary. Of course, you need to let the shingles dry out completely after you reach for the caulking gun.

The importance of flashings

There is a high probability that you’ll have to scare moss from flashings as well. There is nothing odd about this since flashings are installed in corners of the rood and more importantly, around openings such as vents, chimneys, and skylights.

These openings are the most vulnerable spots in any roof and if any water damage is to occur, it will likely start from a particular section of flashing and then spread around the roof. Even the tiniest of holes several millimeters wide can spell disaster for the roof if you let it sit for years or worse, decades.

Wait until the weather is fine and climb to the roof one day with a caulking gun to inspect all the flashing and fill up the smallest of holes. On older structures, flashings are made from roof cement and tar so it would be wise to replace them with metal flashing but this job better be left to professional roofers.

Take an inside look as well

We’ve mentioned at the beginning that climbing up the roof to check any possible damage is the best inspection method. However, this doesn’t mean that you shouldn’t have look from the inside as well. Go up to the attic armed with a torch to inspect the beams and eaves for stains left by water. This will help you pinpoint the problem areas once you step onto the roof.

These were the 6 most common indicators that something is wrong with your roof and that it needs replacement. Luckily, only a drooping roof requires immediate and extensive replacing, while other issues are DIY repairs that will help you extend the lifespan of your home’s roof’s structure. 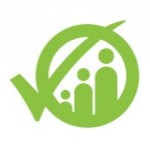